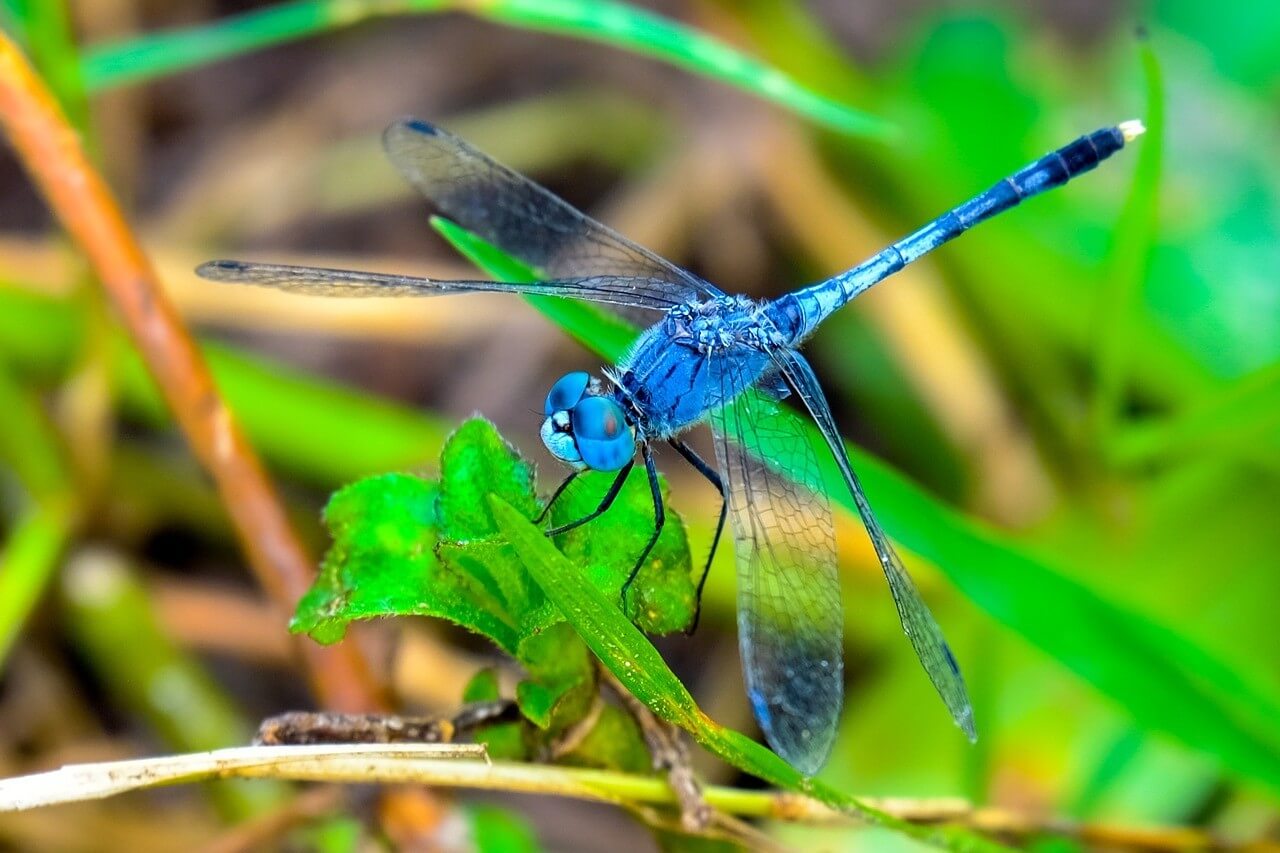 Dragonflies: The Pretty Drones of Nature

Who wouldn’t have noticed that beautiful creature with large body, transparent wings and large eyes, flying and hovering around plants and ponds? Adults name them as dragonflies, but children love to call them “airplanes” and indeed, they do represent some very refined and intelligent aircraft engineering by Mother Nature. The flight of the dragonfly is so special that it has inspired engineers who dream of making robots that fly like dragonflies.

Taxonomically, dragonflies belong to the order Odonata (meaning “toothed ones.”). That is why, watching dragonflies, similar to bird watching, is called oding.

Dragonflies can be mistaken for the related group, damselflies (Zygoptera), which are similar in structure, though usually lighter in build; however, the wings of most dragonflies are held flat and away from the body, while damselflies hold the wings folded at rest, along or above the abdomen.

They have been around for 300 million years.

“Dragonflies are one of the oldest insects,” says an entomologist at Chicago’s Field Museum: “There are fossil records that date back to pre-dinosaur times.”

Prehistoric dragonflies were much larger and could have a wingspan of 2 ½ feet!

By the way, they are not really related to common flies.

Where Do They Live?

Dragonflies are born in water and love to live around ponds and rivers. Some of their species prefer running water while others prefer standing water. . Adult dragonflies require waterside plants to use as perches; some of them may need specific floating plants on which to lay eggs. 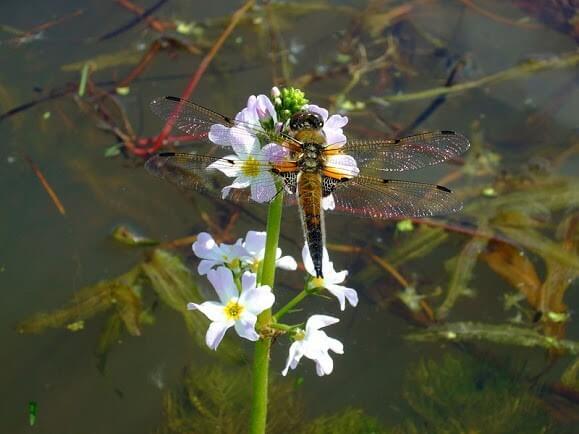 Dragonflies are capable of tolerating seasonal changes in water level and temperature of ponds and pools.

They need to warm up in the sun during the morning before taking off and flying for most of the day.

Dragonfly are characterized by long bodies with two narrow pairs of intricately veined, membranous wings that, while generally transparent, may have colored markings. Unlike damselflies, the front and rear wing pairs are shaped differently. In addition, dragonflies rest with their wings spread horizontally, rather than held vertically against each other. Dragonflies have a more powerful build and are generally much stronger fliers than damselflies. The globe skimmer or wandering glider, a migratory dragonfly, for example, makes an annual multi generational journey of some 18,000 km (about 11,200 miles); to complete the migration, individual globe skimmers fly more than 6,000 km (3,730 miles)—one of the farthest known migrations of all insect species. 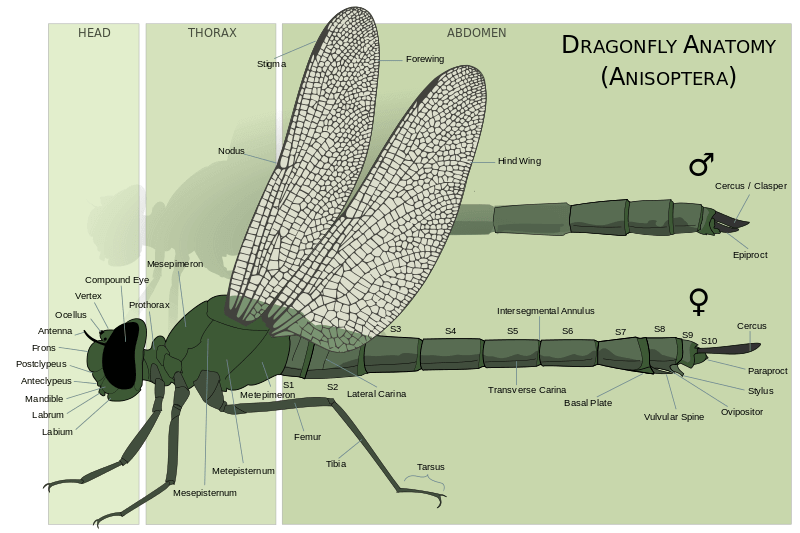 *Hundreds of dragonflies of different species will gather in swarms, either for feeding or migration. Little is known about this behavior, but the Dragonfly Swarm     Project is collecting reports on swarms to better understand the behavior. (https://www.scientificamerican.com/citizen-science/the-dragonfly-swarm-project)

* Certain species of dragonfly migrate, either in group or individually. They follow weather fronts, fleeing cold fronts in the fall on their way south and chasing warm fronts in the spring when moving north.

* Dragonflies, especially the males, are known to be highly territorial, and even more so during breeding season, when females have to mate with them in order to lay eggs in their territory. They usually stay nearby, defending their territory from other dragonflies or sometimes, other insects.

* Dragonflies need protection from the dangers humans have created, from pollution to habitat loss. Thankfully, there are sanctuaries around the world.

Their Strengths As Aerial Predators

The dragonflies do an amazing job of helping humans by controlling populations of pest insects, especially those that bug us most, such as mosquitoes and biting flies. A single dragonfly can reportedly eat anywhere from 30 to hundreds of mosquitoes per day.

They help us understand the health of ecosystems and appear to be an indicator of water quality, habitat quality and climate change. 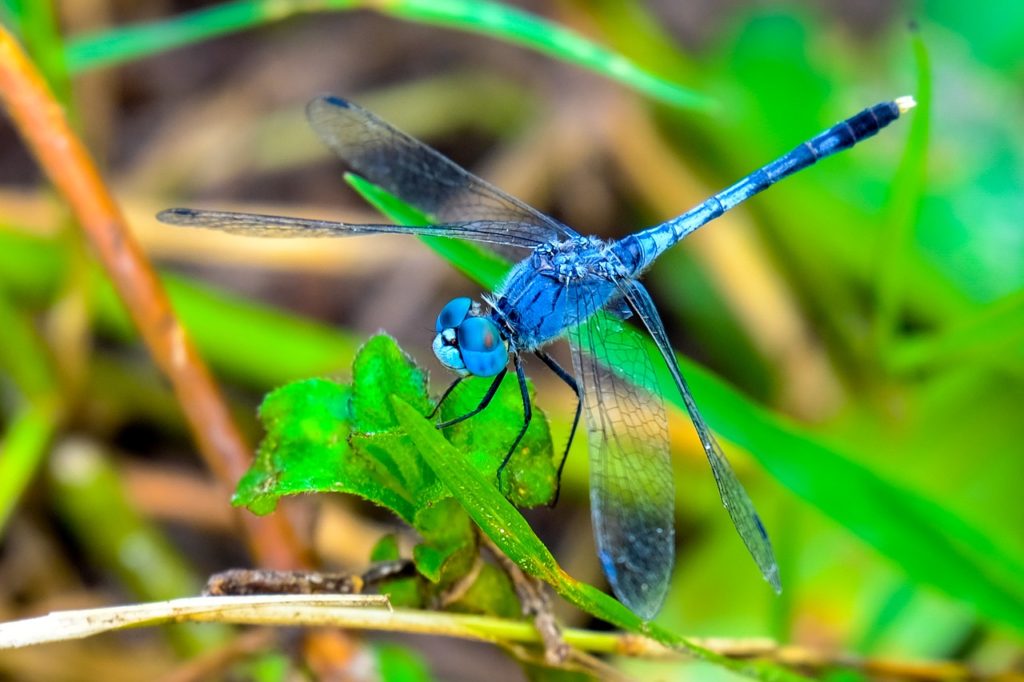 They also inspire us to create new technology — from drones to artificial visual systems — based on their incredible skills at flight and vision. The least we humans can do to return the favor is support the conservation of their habitats so they can continue on for another 300 million years.

Dragonflies are in danger of extinction!

Fifty years ago there were twice as many ponds in developed countries as there are today. The draining of agricultural land, filling in and pollution have all contributed to the disappearance of most countryside ponds. Canals have also suffered from pollution, especially by chemicals used on farmland draining into water. The loss of suitable fresh water habitats has affected dragonflies enormously and they are becoming increasingly rare.

Garden ponds have become very popular over recent years and these are helping to save Human threatened pond-life including dragonflies. Creating a pond habitat in your garden at home, or in your school grounds, is a practical and worthwhile conservation project.