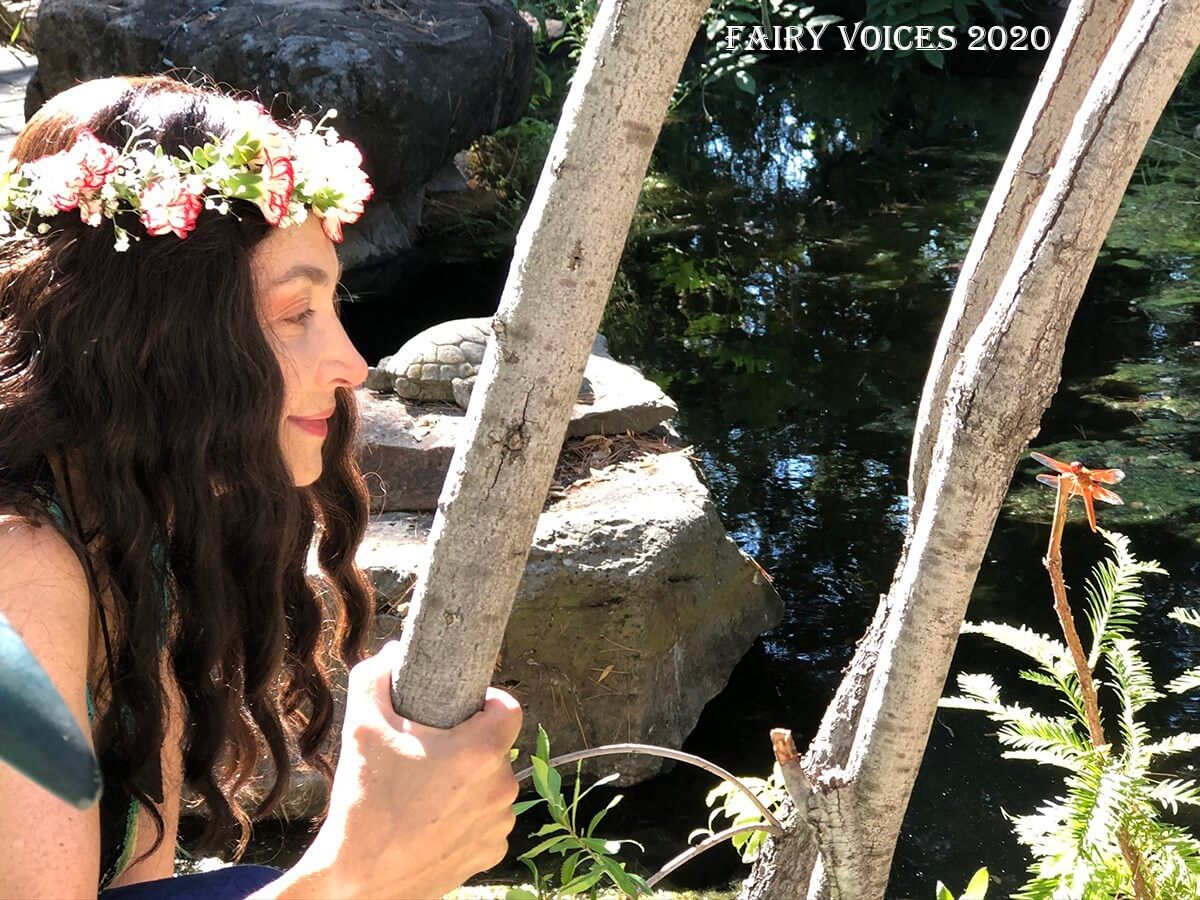 Word “fairy” reminds many of us about our childhood fantasies. We think fairies as some fictitious characters created to amuse little kids. But what if someone tells you in all seriousness that fairies and their realm is really “real”! Certainly most people would dismiss the claim as soon as they hear it, as our modern age scientific temperament has made us to believe in physical world only. But is the physicality the only reality out there? Does modern science really have any ground to deny a non-physical reality without giving it a second thought?

No. On the contrary, Quantum mechanics has been talking about “many-worlds” for about a century now. Physicists now mention unhesitatingly the “hidden dimensions” beyond our familiar 3D world. So why can’t be there a hidden fairy-dimension? Key to acceptance is one should not demand laboratory-based experimental evidences for a non-physical phenomenon. Evidence appropriate to the nature of claim should be considered satisfactory or at least a plausible clue to the unseen reality.Traditionally, fairies are known as sublime creatures living in a spiritual realm. Religious folklores recognize them as some occasional visitors of our world. In ordinary language, the word “fairy” is used as synonymous to beauty and innocence. But they are more than that! Lake Saif ul Muluk (Pakistan): According to folklore, a Persian prince once saw a fairy princess here and fell in love with her.Locals say  the lake is home of fairies and  demons.(Courtesy: e-Syndicate Network)

Can we experience fairies?

Yes. Nazan Saatci, a Turkish actress, novelist & environmental activist, has no doubts what so ever about it. Due to her continuous encounters with fairies, she is more than certain about their existence, communication with humans and healing powers. After having one-to-one conversations with them for a period of over ten years, she has now formed Fairy Voices, a non-profit organization, to share her experiences with her fellow human beings. She has recorded their voices and images to present them as a convincing evidence for an unseen fairy world. Unless you are a hardcore skeptic, her experiences are highly suggestive of the existence of these energy beings. As fairies are very subtle creatures, they naturally look for soft and light mediums to come into contact with our material world. Like attracts like, hence beneficial plants, innocent animals and good-hearted humans act like magnets to these ethereal beings. A fairy is communicating with Nazan Saatci through a red dragonfly.(Courtesy: FairyVoices.com)

According  to Nazan, fairies feel a special bond with butterflies, dragonflies, birds and natural landscapes. They use them as their mediums to communicate with humans. Nazan finds their fairy-charm at its peak when they take form of red dragonflies, along with butterflies as the runner-ups.

As we learn about electromagnetic fields in physics, there are also “fairy-fields” where all their energies and powers converge. Clean and pollution-free atmosphere, green plants, blooming flowers, natural fragrances and colorful foods, all create fairy-fields to unleash their full-scale spiritual presence. Nazan calls such a fairy-friendly environment as “fairy sanctuary”. Fairy Sanctuary is not enough!

However, arranging attractive things around you and putting offerings on the table is not enough to catch attention of these highly intelligent and pure beings. Selfish minds and greedy hearts are like opposite poles to fairy-realm. Fairies have their own auras of energy and they choose tribes that match their vibes. Like all great spiritual sages have been pointing it out for centuries that only a pure and selfless soul can find any share in spiritual wealth offered by the Cosmic Wisdom. According to Nazan, love and respect for nature and organisms is the key to a close and warm relationship with fairies.

What are their concerns?

Fairies don’t contact humans just to amaze them. They have profound goals and motives for the communication. They are primarily “guardians of nature”. When nature and organisms run into a crisis, they get worried and anxious. They eagerly look for any human mediums to communicate their concerns, reveal their solutions and warn humanity about the future disasters. Global warming, industrial pollution and animal abuse are their main worries. They share their wisdom whenever they find a suitable medium to speak through. They want humans to wake up now and stop being selfish and careless regarding abusing nature and wasting natural resources for very short –term benefits.

Blessings of fairies for individuals

Despite having global concerns and universal objectives, fairies do bring revolutionary effects in lives of those individuals who get the chance of being their spiritual companions. They bless them with their wisdom, reveal to them the secrets of miraculous healing and help them in coping with life challenges. Fairy-connection enhances self-esteem of a person and put them in tune with the universe and other organisms. Fairies bring meaning and purpose in an individual life and in the modern age of confusion and depression, these are the real spiritual gifts one could wish for.

For artists, writer and poets, fairies are the true muses. They boost their creativity, bestow them with new insights and give them new twists on old ideas. Nazan’s experience with her muse fairy resulted in some excellent story books for children with fairy-assistance in story building, character formation and paintings. Nazan Saatci busy in automatic writing while muse fairy is around. (Courtesy: FairyVoices.com)

Approaches, techniques and mechanism of fairy-connection

Through her encouraging and productive experiments, Nazan has realized that the most effective ways to approach fairies include calmly meditations in nature, deep-hearted prayers and automatic writing. Being open to nature and surroundings does the magic. However, these techniques work with persistence and patience. Just keep keeping on and let the higher beings find out the most appropriate way of communication suited to your emotional needs and psychological make-up.

He is a freelance writer and blogger. View all posts by irfanblogcom